Lessons and Group Coaching with our PGA Professionals

The TP5x Pix has been designed with the help of Rickie Fowler. The ball has a distinct and clear pattern on it which enables it to be lined up easier on the green. By lining up the TM Logo or TP5x logo to the target, the markings frame the ball so there is a visible line going towards the target, so you can make sure the ball is on your line as well as your putter. The graphics are also great for making the ball easier to see through the air and on the turf. 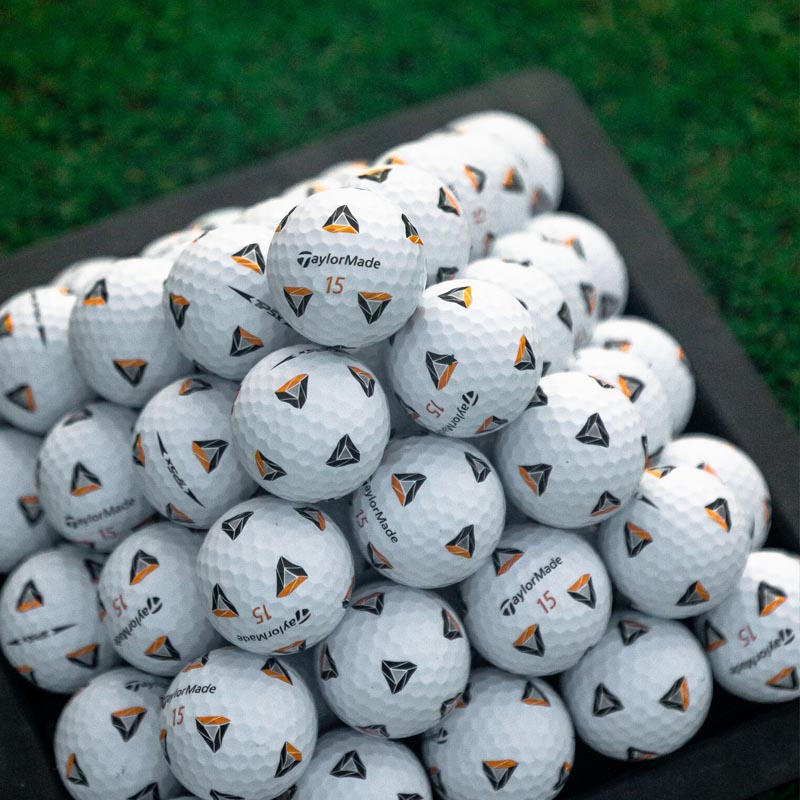 The recent TP5x redesign has given the ball much more speed than its predecessor, with a Tri-Fast Core that increases the rebound effect which fires the ball even faster off the face of the club for more distance. The structure of the ball has also given TaylorMade the ability to max out the balls distance without taking away any spin or control, something that a Tour Level ball is often unable to do. The Cover is made from urethane, which is really tough wearing whilst also being soft off the face.

The Speed Layer System that has been utilised in the TP5x is another way of boosting carry and roll numbers. However it also helps to add the control and spin you need, alongside extra control in windy conditions. This system has layers that increase in stiffness throughout the ball, which is what gives the TP5x these features. The High Flex Material helps to allow the ball to compress and explode upon impact and transfer as much energy as possible, launching the ball into the air.

Talk about your store

Providing coaching, custom fitting and next day delivery on orders.

Sign up for exclusive offers, new products and coaching information